This week has really been all about starting secondary school in many ways.  H had left the project he needed to do for school till the last moment, so the last few days were spent working on that and getting things ready for back to school.  H had to do a physical challenge and a fundraising activity for his school project, so we combined these two with a sponsored walk.  To make it a bit more interesting we decided to do the two peaks of Clent.  As evidence we took photos at the trig point on top of one hill and the metal disk that explains what you can see (as you look out on the view) on top of the other.  H has been raising money for the Motor Neurone Disease Association (which my mother has) as this charity funds research into this horrible disease and helps sufferers. 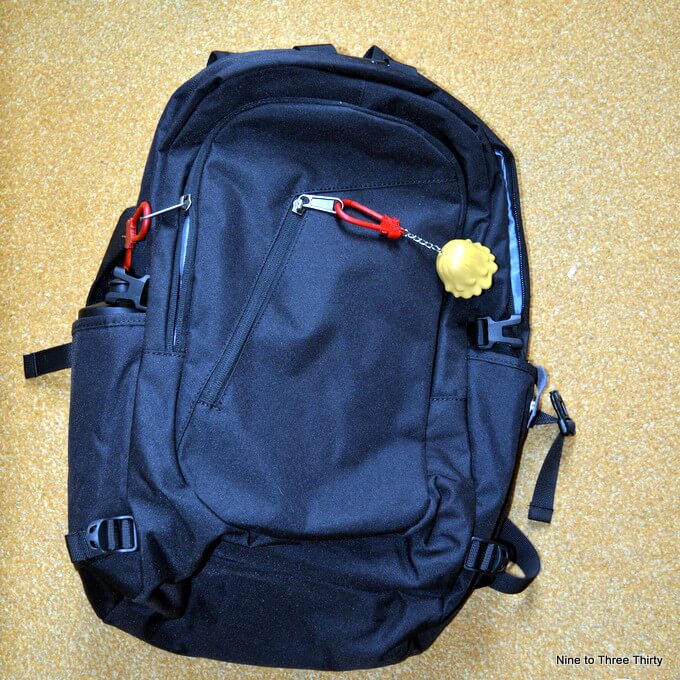 Getting the school bag ready has been an important task.  There’s always the worry that H will lose his bus pass or his keys.  The keys should be lose-proof unless he loses his bag or is silly enough to remove the key ring.  As for the bus pass I’m just hoping he keeps it in the dedicated zipped pocket that we have allocated to it.

Thursday was H’s first day at his new school.  It was just Year 7 and Year 12 (first years and lower sixth in old money) going in that day.  I think that was a nice way of doing things and it meant that things were easier on the bus on the way home as less kids were trying to get on.  His school only have 5 weeks holiday in the summer because they have 2 weeks in October.  I’m not sure whether I like that as this summer did feel a bit rushed, although it was made worse by H’s old school being one of the only schools in the city that didn’t give the last two days of term (a Monday and Tuesday) as teacher training days.  So far everything seems to be going well.  I’m hoping that continues when they start to dish out homework and get down to some harder work.

Another big project for the week has been tackling H’s room.  Most of the prep work was done this week (although there were a few set backs like part of a wall needing replastering that we were hoping to get away without doing) and on Friday things finally started to come together with some colour going onto the walls.  I’m not sure a huge amount of progress will be made next week as the handyman will probably only be able to do the one day, but I’m hoping to make some progress on the carpet. I’m trying to find curtains and duvet covers that H will like, but it’s proving a bit difficult as there doesn’t seem to be much in red (which is the colour he wants).