I feel like I’m running to keep still sometimes.  I get jobs off the to do list, but no matter how fast or efficiently I work, more seem to pop up on my list of things to do.  I know some jobs are never finished like the cleaning and the washing, but it does seem a bit never ending at the moment.

Most of the last two weeks we have been in lockdown with the prospect of Tier 3 when we come out.  It’s a bit frustrating as we were Tier 2 when we went in four weeks ago and there is no prospect of getting out of restrictions of some sort.  I really think the Tier thing is all a bit divisive too – it feels better when we are all in it together, even if it’s a bit rubbish.  Don’t worry I’ll bounce back again soon.

I have done quite a lot of walking this lockdown, probably more than the first one as the weather was so nice, I just spent a lot of time sitting in the garden or pottering around out there.  The first picture is of a local park.  It’s one that we used to walk through most days when H was at primary school, but less so now we aren’t doing that daily walk.  It’s still a nice walk to do though. 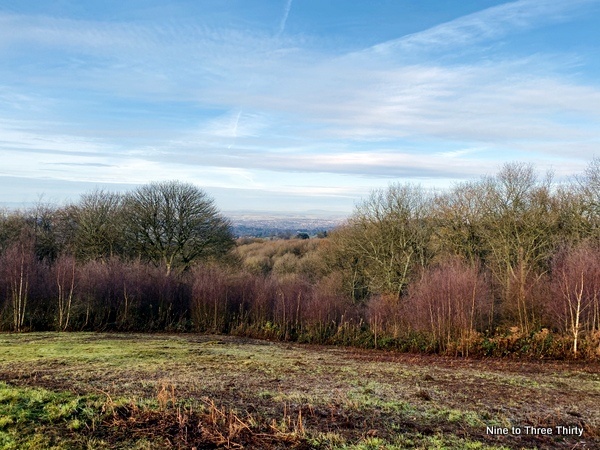 This view is of one of my regular countryside walks.  I have been driving out to Clent to meet a friend for a walk most weeks for several years now.  Last lockdown that wasn’t allowed, but we were able to continue doing it this time which is nice. Sadly the outdoor cafe where we usually have a drink has had its tables taped off, so we haven’t been able to have our usual cuppa afterwards.  You can get a takeaway coffee, but can’t sit down to drink it.  It all seems a bit pointless because everyone just ends up standing around a smaller area, than if they were able to sit down at the tables.

As the cafe wasn’t really that usable for us, we have branched out and tried out a few new walks in different places instead.  One walk in a wood was unbelievably muddy and I’ll only do that one again in summer or if the ground is frozen solid.  The other in a very large park, I’d like to revisit as there seemed to be a lot to explore.

Swimming restarted this week and I had a blissful session on Friday where I had a lane to myself for an hour.  If only that was the case every time I went to swim.  I delayed going back to swimming for a few days because I’d had my flu jab and my arm was a bit sore afterwards.  It’s mostly been ok,, but has been hurting when I’ve been getting dressed, etc.  Thankfully it’s virtually gone now.  It was nice to get a flu jab for free for the first time this year, but I suspect next year I’ll be back to paying again.