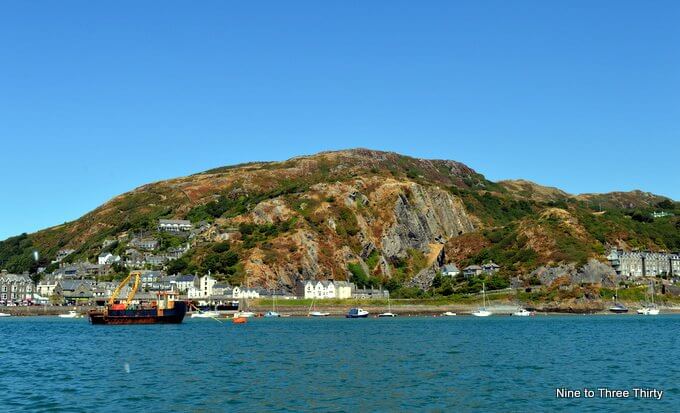 Last Saturday morning we were still in Barmouth.  We set off back fairly early after breakfast and all went well on the journey till we were nearly in Welshpool.  H said he wasn’t feeling well, but there was nowhere to pull over and the road is single track both way and we were in a convoy of traffic.  So he threw up all his breakfast in the car.  He hasn’t been travel sick for ages so we were caught a little unawares.  I parked up in Welshpool in the local Sainsburys car park and went in to buy wipes.  We don’t use wipes that much now and the ones we did have in the car had dried up.  Lots of wiping and a change of clothes for H later and we were ready to carry on home.  When we got back we had another go at cleaning the car and I did it again the next day too.  Now it looks ok, but the car does stink of the air freshener I hung up to disguise the smell (not sure which smell was worse).

Sunday was quite a quiet day and then H went off on his second holiday of the summer with his Dad.  I’m afraid I haven’t taken many photos this week.

H did send me this selfie to let me know he’d arrived at his holiday safely, but that’s all I’ve heard from him.  It is very quiet here without him.  That said I have been living it up since he’s been gone and I’ve been out most nights.  It’s not all play though, I have a long list of jobs to do while he’s gone, and I’ve been working hard at them, but I’ve already realised that quite a lot aren’t going to get done – I was being too ambitious.