It’s been a while since I’ve done one of these diary posts.  I took a bit of a step back from blogging when Mum died at the end of last year.  I’ve been trying to ease myself back in the last few weeks and I’m glad to say I’m now back to Project 365 (this is where I aim to take a picture every day and share it in a weekly post) which I’ve been doing for quite a few years now to the extent to which I’m happy to start the year a few weeks in rather than worry that I’ve not done it every day for the whole year. 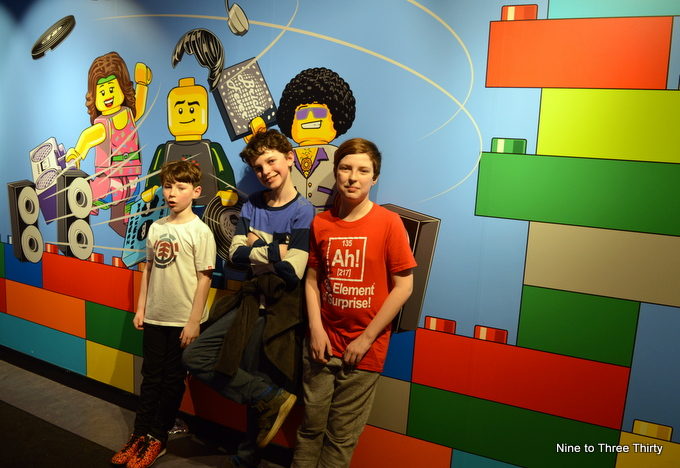 Last weekend we went to the Legoland Discovery Centre in Birmingham with a couple of friends.  I’m working on a post about this, but we had a lot of fun.

On Sunday we had a Chinese meal out with my Dad and then went for a walk in the woods with some friends.  H and his friend like to create and act out their own Doctor Who episodes.
I failed to get a picture of the main thing that happened on Monday.  I went to my German class and when I was walking back to my car (which was parked in a residential street) I spotted someone breaking into a flat.  I rang the police and reported that it was a burglary in progress. They asked me lots of questions and then said they’d pass the details over.  I asked if I needed to wait for the police to arrive and was told no.  I got the distinct impression that they weren’t going to come out which was frustrating.

I’ve been taking a few pictures for blogposts through the week.  Here’s H reading his new boxed set of Tintin books.

I did a restaurant review this week of the vegan feast at Comptoir Libanais.  It was very nice, but I felt a bit of a fraud as the chap in the restaurant seemed to think I was vegan and to be honest I’m not even close to that, in fact the next morning I tucked into a full English breakfast packed full of meat and eggs.
An InLinkz Link-up