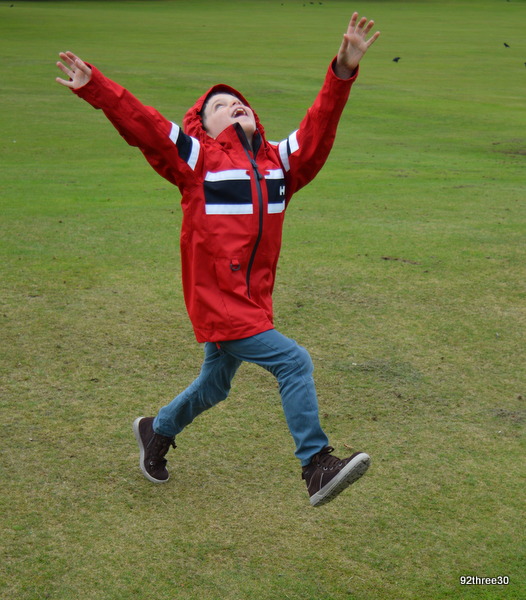 At the weekend we went out and about to try to forget the fact that the schools have gone back.  On Saturday I took H out to have a run around in our local park.  He had a lot of fun and it was nice to be able run about free of the cares of school.  Sadly though there was homework over the weekend (and more over the week too). 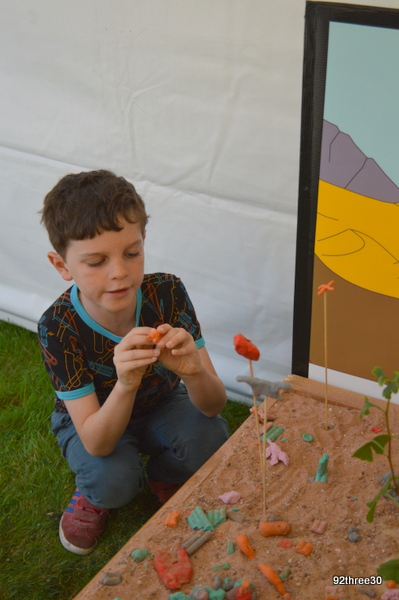 On Sunday we went to the University of Birmingham for their community day.  We do like going there and H is always keen to visit the geology department because he’s a little fossil expert.

Monday was back to school again and back to cubs.  H seemed to struggle to recover from the late night of cubs – it doesn’t finish will 8.45 and then he’s completely wired, so it’s a late night for him and he struggles to lie in more than about half an hour past his usual 6am get up.  Tuesday and Wednesday were quieter days and we concentrated on getting his homework done.  Thursday was a disaster for H – he got told to do his homework again.  The writing had been really poor and he did manage to do it better when he redid it, but it wasn’t a great start to the year.  In fact, I think he is struggling with the step up from year 3 to 4. We have found this a bit of a feature and the only year it all seemed to be easy to move between years was between years 1 and 2.  Last year he was so tired from the transition to juniors that we had to miss out on the community day at the university to give him a rest.

Other than that we’ve been getting back to normal.  For me that’s meant working at home with this furry pair for company.  I’ve been catching up on some household jobs and errands too.  The car had to go in to have a warning light investigated.  I got there and the chap says ‘That’s the engine warning light, hopefully that’s just a sensor that needs replacing and they are only £200 pounds!’ £200 was not my idea of being a small amount, especially when we have spent a fortune on the car already this year.  Thankfully, it didn’t come to that (at least not yet).  They reset the warning light, which related to the catalytic converter, and it hasn’t come back on as yet.  So we are now waiting with bated breath to see whether it returns, but we are hoping it was some sort of one off blip.