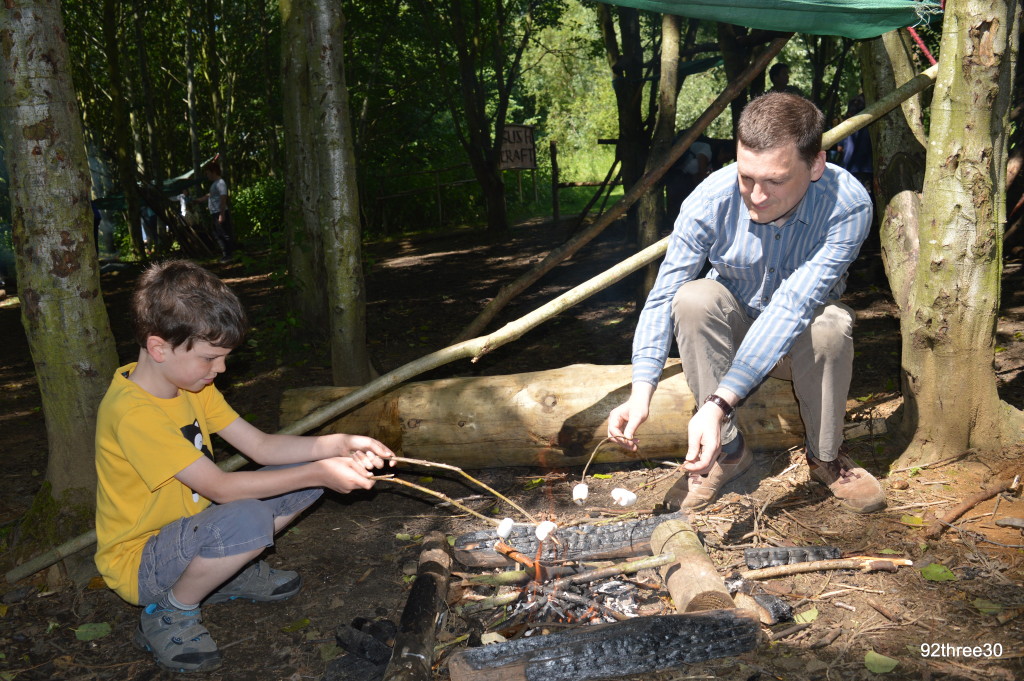 It’s been a great week overall.  We’ve been out and about a bit more, but we have still had some relaxing days. Last weekend we went to visit H’s grandparents as we were going to a blogging event that was just a few minutes drive from their house.  We’d been to Conkers before, but this time we got to take part in a fun day of orienteering, den building, campfire cooking and more.

Sunday to Tuesday were fairly quiet days as the weather wasn’t so good.  When we did venture outside it was either into the garden or the local park.  Why is it that nearly every time he’s in the garden H has to wear my wellies?

Wednesday saw us at the local library for a ‘Mad Science’ session which involved one child hurling a bucket of water around near all the books, but the science worked and all was dry.  Then after lunch we headed into town to a see The 3 Little Pigs at the Town Hall.  That was a lot of fun and we got to do a bit of owl spotting along the way.

On Thursday we met up with lots of mums with children in a local park.  It was organised by Brummy Mummy of 2 and it was a big success.  H made some new friends and enjoyed running around the park playing football and exploring the playground.

Friday was another highlight.  We went to Hanbury Hall, which is a favourite of ours, and was H’s choice from a range of options that I offered him.  It’s a local National Trust property and the one we are most likely to visit because it’s easy for us to get to.  This year they had a number of things that you could do on site that were part of the 50 Things to do before you’re 11¾.  One of those things was pond dipping.  Now this was H’s third time pond dipping within a month and he’s becoming quite the expert now.  We caught a water beetle, a water boatman and a leech.