Last weekend I was celebrating my birthday with friends outside in the garden.  It was quite nerve wracking as only half an hour before they arrived there was another shower and I had to rush to get the cushions in.  Thankfully that was the last of it and we had fine weather from then on.  It was nice to see a few more people at one time, but it’s tricky when you can’t invite too many people to fit in with the guideline of six. I didn’t think at the beginning of lockdown that we’d still be in it for my birthday.  It was still fun though.

My patio is looking quite colourful with all my plants now.  I’m finding it gets very hot though so I’ve decided to buy a parasol. It’s been lovely sitting out in the sun this week, but I’ve had to sit in the shade of the hedge at times because it’s a real suntrap where I have the furniture and it gets baking hot.  Some shade is needed, so I’ve gone for a bright apple green parasol which should hopefully arrive soon.  I think it will be a bit of a project though as I think I need to buy some paving slabs to anchor it. I’m hoping I can get them somewhere locally at a good price as the parasol was expensive enough on its own.

I spotted this sign on one of my longer walks this week.  There are a lot of places in and around Birmingham named after the Galton family, who were prominent business people locally in the nineteenth century.  They have a bit of a mixed history shall we say and this fake blue plaque sign got put up as a sort of a protest, as well as this correction – as you can see local history is taken very seriously. 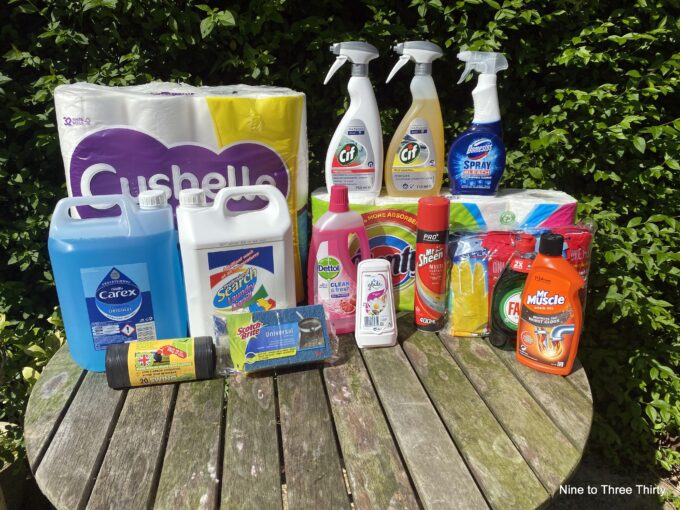 I do most of my work shots inside, but this week I ended up doing a few outside as it seemed like a good way to make the most of the weather, plus it’s easier when you have a lot of things to photograph at one time.  This picture is for a cleaning product competition that I’m just about to run.