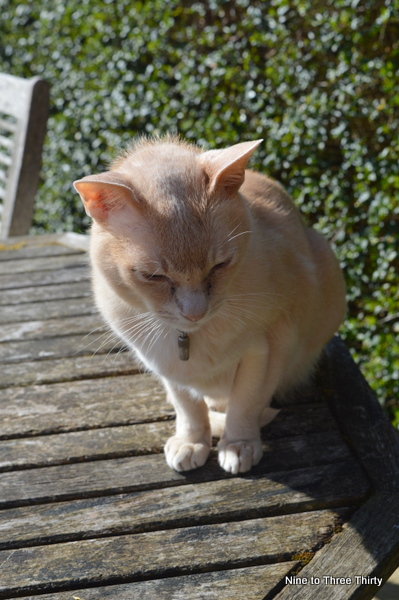 It’s been a busy enough week, but not a lot has been happening in other ways.  I’ve spent time catching up with things on the blog.  I’d been feeling behind with being away for 2 weeks and with H been off for a week and a half after that.  When H is on holiday I try to do the bare minimum for the blog, but that doesn’t always work as brands often want to work with you on school holiday things.  Of course, a lot of the time those projects are great fun, but it’s a juggling act. 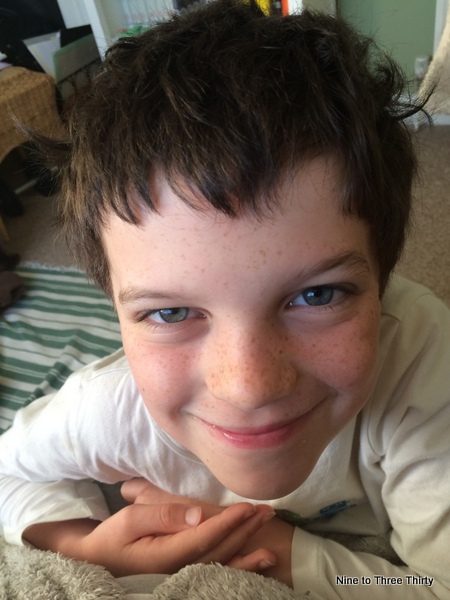 With H back at school I have made in-roads into my to do list and I’m very nearly up to date with things, which feels a bit like a miracle, but it’s a good feeling.  I think we need to turn our attention to the house and garden now.  Some spring cleaning is well overdue and we are behind in the vegetable garden because of our holiday.  I have some seeds planted now though and the potato bed has been done.  I’m back in the swing with my yoga too now after two classes last week and two this week.  That makes me feel a lot better as I’d felt I’d had too long away from it. 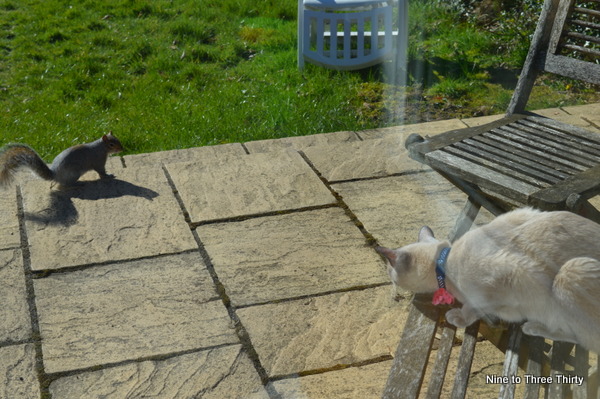 It’s been back to me and the cats at home during the day and most of the pictures I’ve taken have been of them.  The cats have been outside a lot compared to the winter, but they don’t seem to be getting the respect they might like from the various garden animals. I think the wildlife knows that these cats are now 14 and not really the sharpest of hunters.  Amber has never caught anything in his life, as far as I am aware, but Bracken has been a hunter in the past.  This squirrel was being a bit brazen in front of her this week and I’m not sure she’s entirely past catching something.
Week 16: 23 April 2016