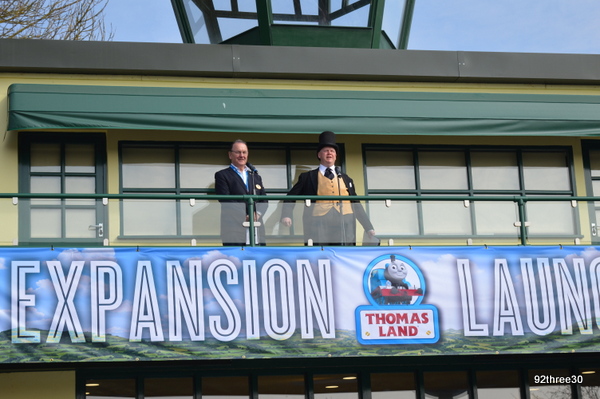 Yesterday we went to Thomas Land, Drayton Manor for the opening of the Thomas Land expansion.  We got there early and had a look around before the official opening.  This gave H a chance to size up the rides and decide which one he’d like to try first.

His first choice of ride was Flynn’s Fire Rescue which involved water and a little skill.  As the platform go up and down, you aim the jets to send water through the holes to spray the people opposite you.  This was a lot of fun as you can imagine. 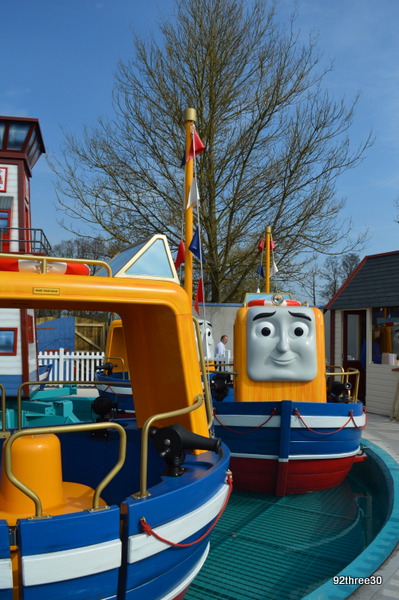 The other ride that caught H’s eye was Captain’s Sea Adventure.  Again this involved water and getting other people wet.  This had the added advantage of allowing you to aim at people in other boats and at random passers-by.  Passers by could get their own back too by using the water cannon by the side of the ride.  You shouldn’t get completely drenched on this one, just a bit damp.  H actually loved this one best of all and it was the one he was keen to go back to. 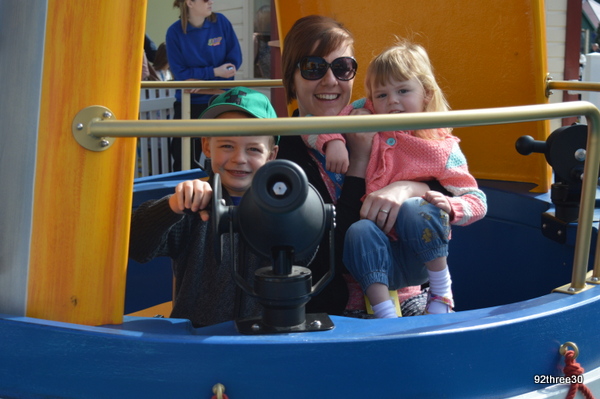 As the official opening time got closer, excitement began to build with entertainers laid on to show off their circus skills and there were lots of bubbles too. There was all the fun of the fair too as H got into action on the coconut shy. 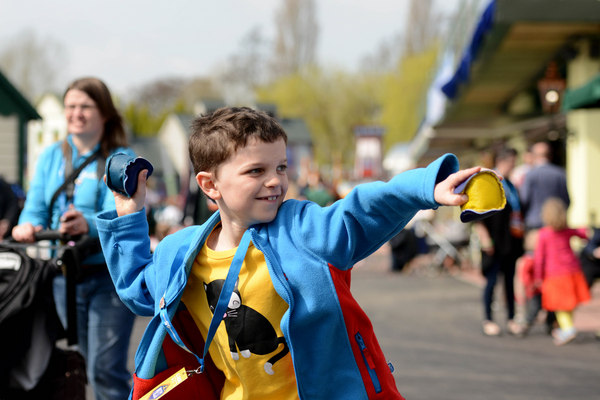 As each ride was opened the air was filled with different coloured confetti – it was magical! 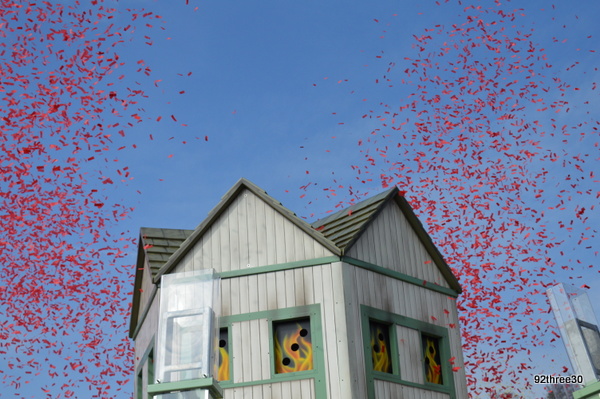 As well as three new rides, there’s the Sodor Airport building which has a cafe giving a new food venue to the area.  Some of the existing rides have spread into the new area and there’s more room now for people to move around. 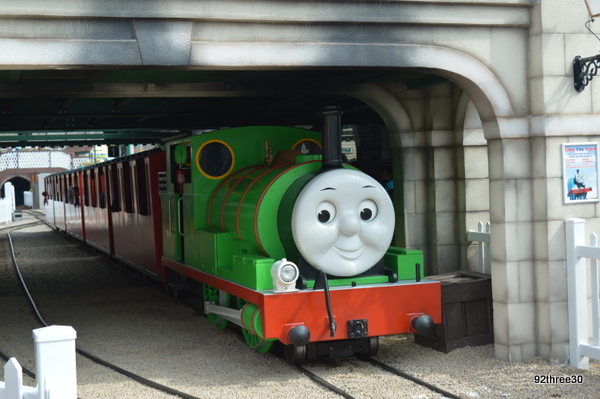 All the old favourite attractions are still there too, so there is a lot to do.  Added to that there are the other attractions of the park with rollercoasters for the thrill seekers and the zoo for all the family. 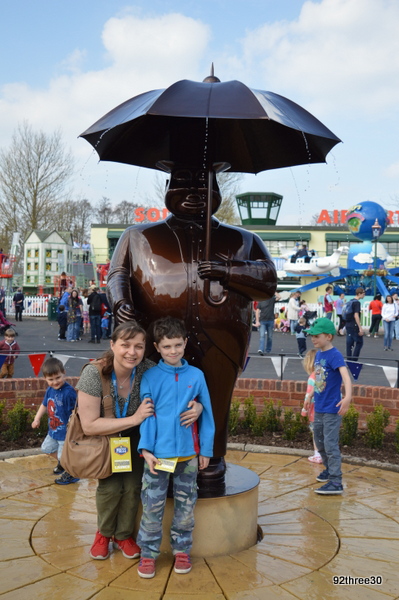 I think we’ll be back at Thomas Land before long.