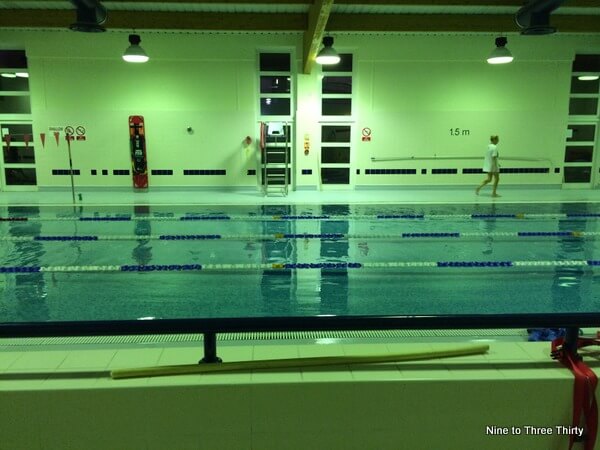 H has been itching to try for his 400 metre swimming badge for months now.  I think he’s nagged his long-suffering teacher mercilessly – he’s had the same teacher off and on since he was 2, so he knows her well.  She told him that they had to be there for the class before they could do the badge.  There are five children in his group and you’d be surprised how rarely that happens.  It did happen a few weeks ago, but H forgot to nag her until the class had started (it takes so long to swim it, they need to start early). So this week everyone was there and on time, so they could have a go.

Despite really enjoying his swimming and being quite good at it, H doesn’t look that convincing a swimmer in the water (I think this is why we have had problems with school swimming, where the teacher doesn’t know him). He quickly started to look slow and tired in the water and I wasn’t convinced he’d manage the 16 lengths he needed to do. His friends were slowing too and in their tiredness they sometimes wandered around the lane a bit and there were a few close calls for those doing backstroke.  H alternated between backstroke and breaststroke; he did attempt front crawl at one point half way through, but quickly realised he didn’t have the energy left for it.

On the side we parents lost count of how many lengths, so it was ‘this must be the last’ ‘oh it’s not’.  Eventually though they started to finish and got the thumbs up to say they’d done it. H was very pleased with himself and I’m very proud of what he’s achieved.  No doubt he’ll be asking about the next badge soon, but I’m not sure how practical that will be in a half an hour session given that the distances tend to double.