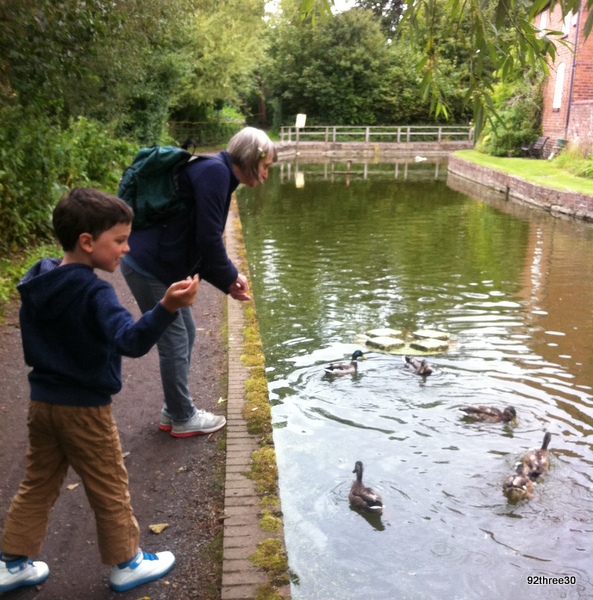 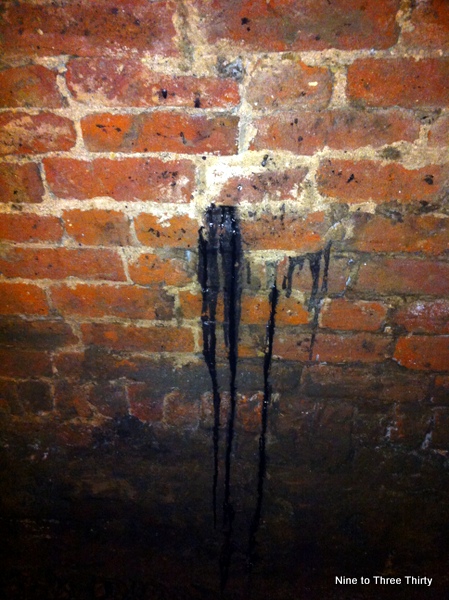 Back in 1797 miners were digging and struck a spring of natural bitumen.  Bitumen is a black treacle-like substance that is or was often used on the roads or in construction work or to waterproof ships.  The miners had been looking for coal, but they decided to extract the bitumen instead.  The Tar Tunnel has been oozing tar from its walls ever since, but it’s no longer extracted commercially. 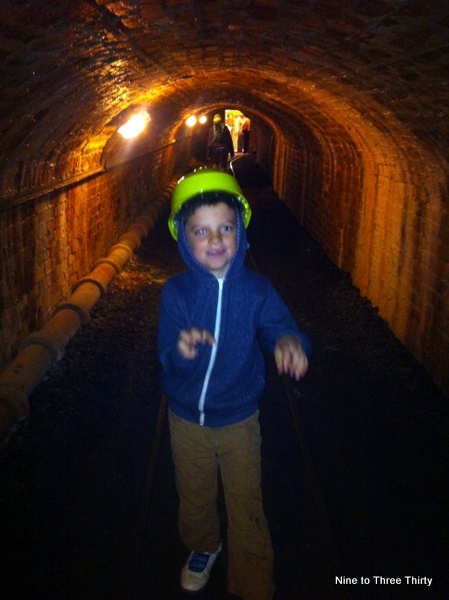 For a long time it was the tunnel was a great curiosity and in the eighteenth century tourists would visit to see it.  H really enjoyed getting kitted up in a hard hat.  I’d recommend not wearing clothes that you are too precious about it.  You can avoid the tar fairly easily as an adult, but with a couple of children in tow it’s possible you could get some on clothes.  We could only walk a little way through the tunnel with a guide.  It really is quite a weird place to visit, but I’m glad we did because I’ve never been anywhere quite like it before.

It won’t occupy much of your time, so it’s very much somewhere to visit combined with other museums in the Ironbridge area.  The most obvious one to visit is the Coalport China Museum because it’s so close.  It’s also great if you are staying at the YHA.  We’ve visited a number of the Ironbridge museums including the Museum of Iron.

Disclosure: I was given a free entry ticket for the purposes of carrying out this review.