I think it’s so important to educate children about money. It’s a key life skill: every day of their adult lives they will have to make decisions about money, from simple shopping choices to long-lasting major decisions like house purchases and investments.  It’s something I’ve always done with H and we often talk about why I’ve chosen one product over another in a shop or I’ve tried to explain more complex financial ideas to him.

We all do so much of our financial transactions these days without using cash.  Even transactions that used to be cash based have become card ones now, because contactless is so easy.  I use a banking app to do most of my financial stuff, so it makes sense to use something similar for H’s pocket money.  This is where Rooster Money, the Pocket Money App, comes in as a virtual way of managing pocket money.  It’s saved us having to do IOU notes or try to remember how much cash H has when we are out and about. 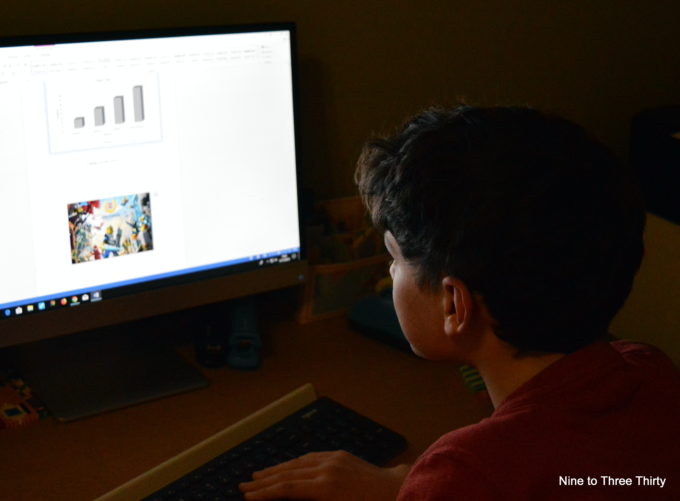 H’s Christmas money was already spoken for long before he got it.  He’s got his eye on various things that are coming out in January and he doesn’t want to wait and save up for them, so he’s decided to put aside the money he got for Christmas, that way he can get what he wants right away.  I really like the fact that he’s planned out how he’s going to use the money he’s been given and it’s great that it hasn’t burnt a hole in his pocket, so that he’s felt the need to spend it right away rather than on something he really wants.  The thing is though there are other things he’d like to buy, so if he’s to have them he’s going to need to save up for them. This seemed like the perfect opportunity to put into practice some of the ideas I’d come across in Rooster Money’s handy primer on interest.  Interest is a more complex financial concept and it can be hard to explain it to children.  Rooster Money helpfully takes you through how to explain the idea of interest to kids and comes up with some handy suggestions on making it seem real to them. 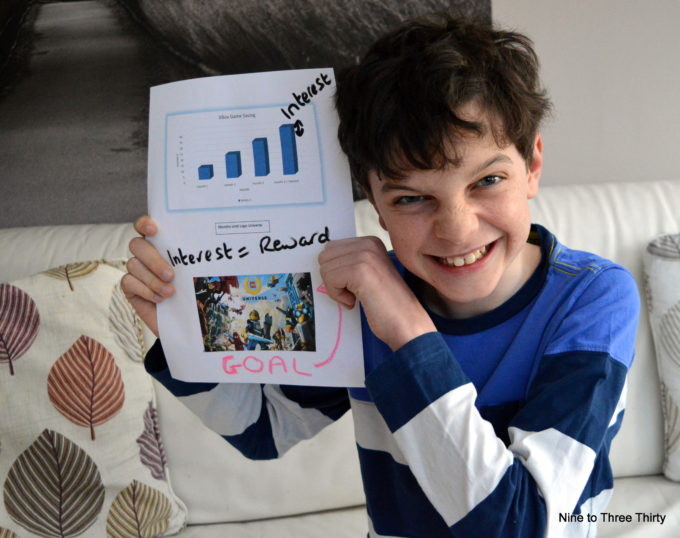 H would like a new Xbox game.  If he can save up most of the money, I’m prepared to give him the last quarter of the cash he needs to buy his goal.  He’s going to save up over 3 months and if he sticks to his plan, I will provide the last bit he needs as interest. I think it’s important to reward good financial behaviour like that.  H really took to the idea as he could see the benefits and he put together a poster for his wall to help him keep motivated and track his progress.

Disclosure: This post is in association with Rooster Money, the Pocket Money App. RoosterMoney aims to help parents teach their children the value of money in a digital age.