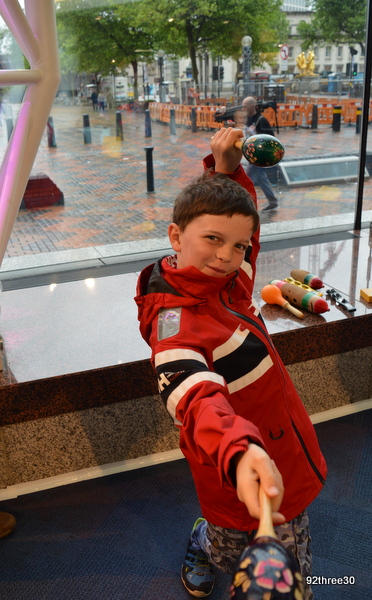 Last weekend we were invited along to Symphony Hall as a family as part of their 25th anniversary celebrations. They had lots of things for families to experience and join in with.  I was a touch horrified that it was 25 years given that I can very clearly remember it being built.   I think anyone in the know about Symphony Hall in Birmingham can be very proud of such a top class venue being in the city.  I guess though that not everyone knows about all the care and attention to detail that went into making it the acoustic masterpiece that it is. 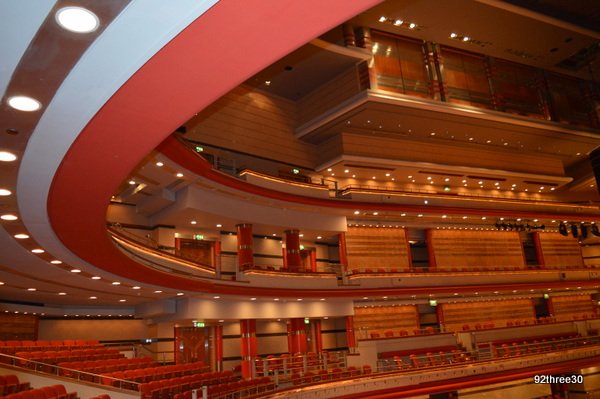 H (and the rest of us) was fascinated by all the science behind making the acoustics really top-notch. Birmingham wanted a first class concert venue and it asked an acknowledged expert Russell Johnson, to specify all the details in the development of Symphony Hall.  He made decisions about every aspect of the interior design, from the shaping and dimensions of the Hall to the type of materials used for surfaces and seat coverings. 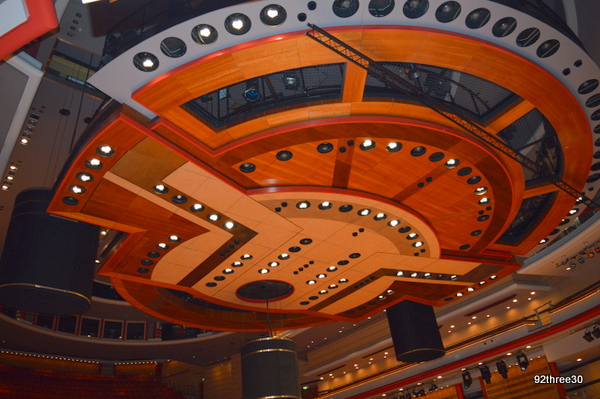 Everything has been considered.  The fabric and padding of the seats is the same density as the human body, so the acoustics sound the same if there is an audience of 1 or a full capacity crowd of 2262. Around the main auditorium there is a reverberation chamber which contains a volume approximately 50% of the hall itself. This can extend the time a note will echo within the hall and the extent of this effect is controlled by a series of pneumatically operated doors above and around the all which open into the chamber.  There are other adjustments that can be made to the amount of seating and the acoustics depending on whether Symphony Hall is hosting a rock concert or a full orchestral production with choir.  It’s all very clever. 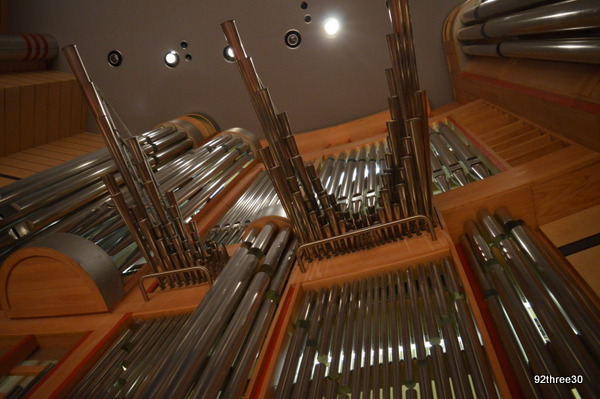 Birmingham can be very proud of its first class Symphony Hall which has some of the best facilities in the world.  Over the years it’s had all sorts of big name orchestras or acts perform there, continuing a long and proud history of music in Birmingham (both Mendelsohn and Elgar had works premiere in Birmingham).  It’s well worth a visit for a fascinating behind the scenes tour or better still to see a performance.