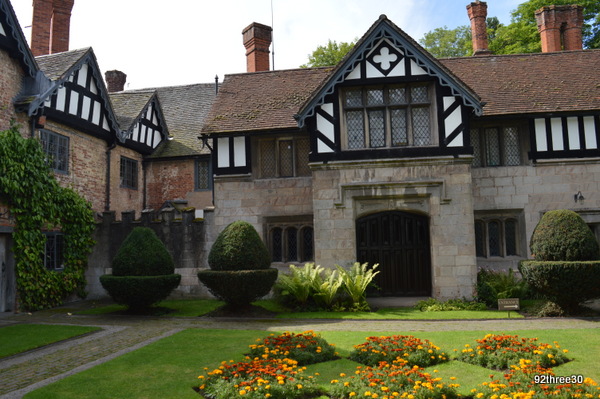 We love a day out at a National Trust property.  Being members we get in for free and we get very good value for our membership through the year.  We obviously visit local properties, but we also like to go see properties further afield when we are on holiday.  There’s lots to do too. I think some people are put off by the idea of taking children round an historic house, but many National Trust properties have put a lot of thought into what they can offer for children and it certainly isn’t dull. 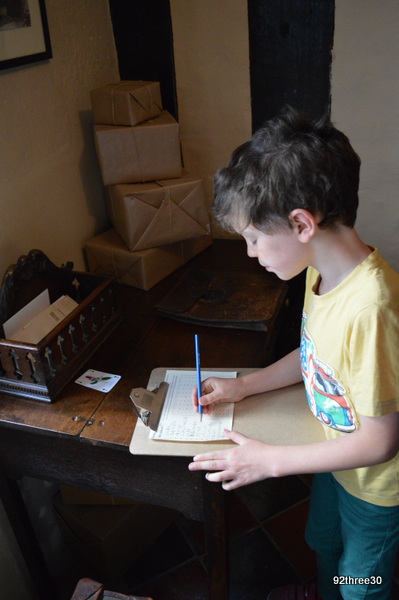 We went to Baddesley Clinton, which is a local property to us, but one that we haven’t been to for some time. We couldn’t remember when we had last been to this one, so it felt new to us and H in particular.  Entry to the house at Baddesley Clinton is timed as it’s quite small, but we got our ticket when we arrived and were able to go straight in, despite it being a bank holiday weekend.  H was fitted out with a clipboard with a herb related activity on it.  Throughout the house there were labelled herbs to smell (both fresh and dried) and we all learnt a bit about herbs as we helped H complete his little worksheet.  For younger children, and H still enjoyed this, there is a playing card to spot in most rooms of the house, which helps keep children interested as they go round. 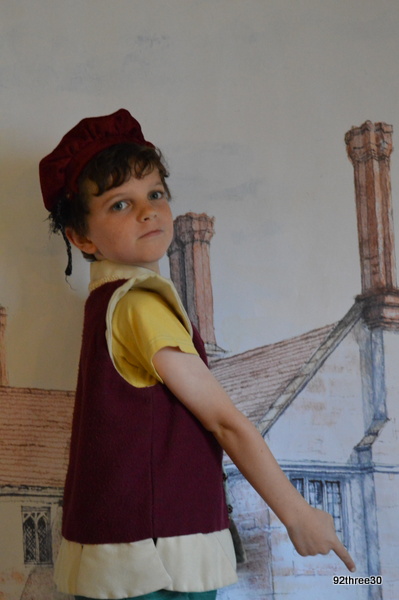 The house itself is quite interesting as it has 3 priest-holes.  There are quite a few manor houses in the midlands that have these hiding places for catholic priests, from the days when catholics were punished for their beliefs and priests were executed if they were found.  You can see 2 of the priest-holes as you go round: one was above a chimney (I’m guessing that could be pretty hot) and the other was accessed down the shaft for the toilet(nice!).  There was an opportunity to dress up and take your picture (you dress yourselves up and take your own picture – no rip off extra charges for this).  As you can see H took advantage of this to become a Tudor lord of the manor. 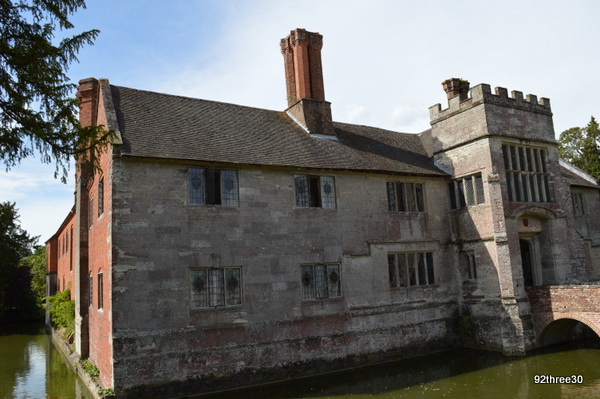 The house is very pretty with its moat and lovely gardens.  There are two cats apparently, but we didn’t encounter them.  Ducks were very much in evidence though and they were quite interested in people’s picnics. 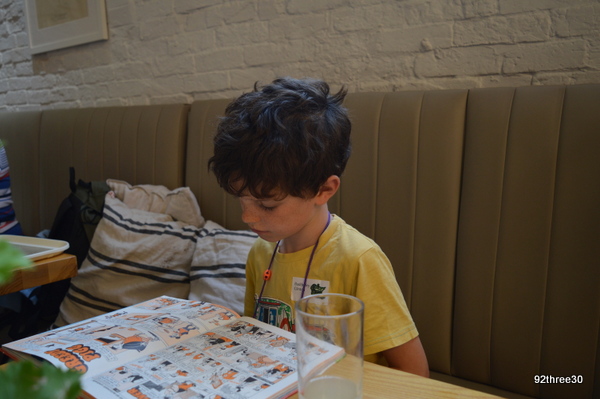 There is a second-hand bookshop at Baddesley Clinton with an extensive stock.  H found a stack of Dandy annuals and picked one out to add to his growing collection.  For lunch we went to the restaurant.  You can opt for anything from a proper cooked main meal, through jacket potatoes to sandwiches and snacks.  Don’t forget to pick up a slice of one of their tempting cakes too.  I also liked that the restaurant had thought about families.  For those with very little ones, there was a corner with a microwave for heating up food or milk, plus beakers for slightly older ones.  If you prefer to bring your own food though, there are plenty of picnic tables. 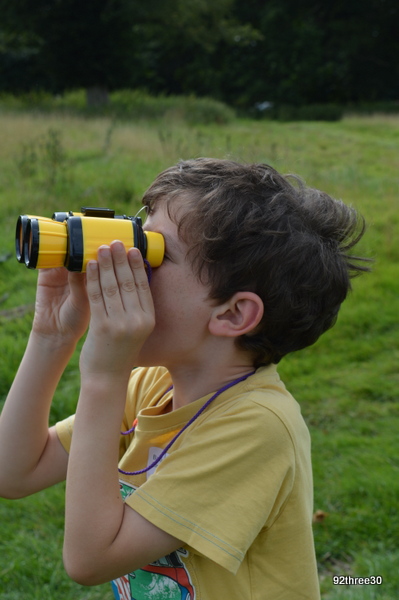 H is always keen to do some of his 50 Things to do before you‘re 11¾, which he’s been working on for a few years now.  We decided to concentrate on bug hunting as we had been provided with a bug hunting pack to use. 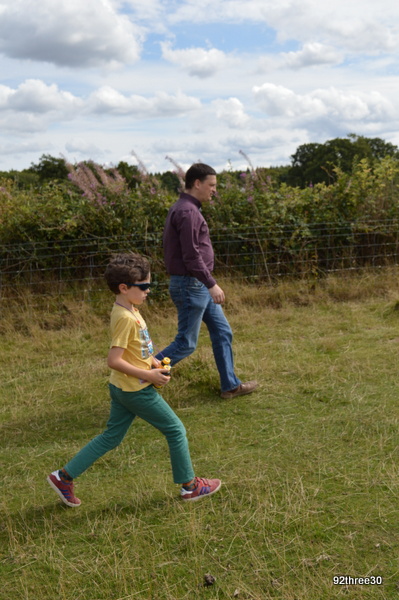 So we set off on the Baddesley estate walk to see if we could find some along the way.  It’s a reasonable length trail: long enough to feel you’ve had a walk, but not so long that everyone is getting fed up. 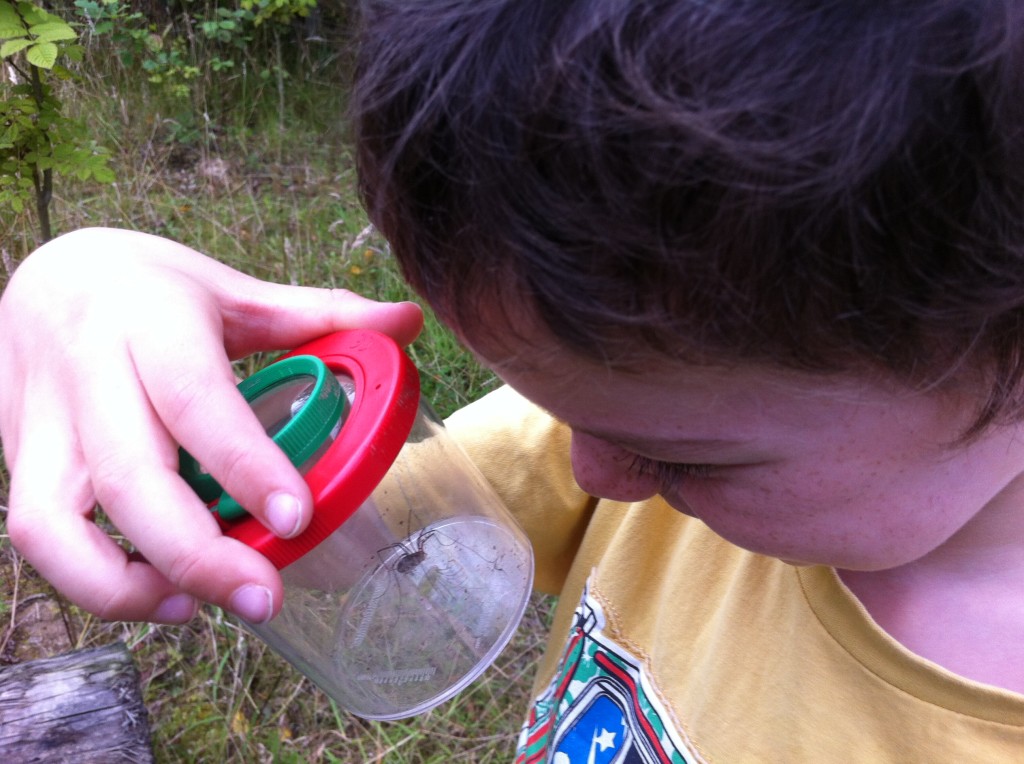 We certainly found some bugs to study, as well as seeing sheep and deer.  Baddesley Clinton was a great day out and we won’t be leaving it very long before visiting again.