As ever I’ve picked out a few items of news and some reviews to share with you in my October Round Up.

Drayton Manor Park will end its action packed 66th season with two weeks of spectacularly spooky half-term fun for the whole family this October. From 15th to 30th October, Drayton Manor Park will be transformed into a spine-tingling mecca of Halloween fun as part of its special ‘more Treat than Trick’ event.  Europe’s only Thomas Land™ will morph into the ‘spooktacular’ island of Sodor. If you’re feeling brave, then why not come to the park in your favourite Halloween costume? Don’t forget to knock on the Fat Controller’s door for a trick or treat before you leave. Who knows what yummy or frightful treats are in store!

If you’re looking for a little more trick than treat, then look no further than the newly refurbished attraction The Haunting. Since 1996, The Haunting has scared visitors of all ages, who love to immerse themselves in the intriguing world of the paranormal. The newly renovated and enhanced attraction takes visitors on a tour of their senses; seeing, smelling, feeling, hearing and even brushing up against slimy and revolting things with its spine-chilling interactive activities. The Haunting is based on the legend of the Drayton Manor Estate vicarage where the sudden passing of the vicar led to a series of strange circumstances and unexplainable events. This time around the eerie vicarage has lain abandoned for the past 20 years, after the series of unexplained disappearances were left unsolved.

If that wasn’t adrenalin pumping enough, be sure to feed your inner thrill seeker with the UK’s scariest ride*, Apocalypse, or how about getting the fright of your life on Shockwave, or even braving the monsoon on Stormforce 10.

Prices for the Halloween Spook-Tacular start from just £23 for adults and £18 for children and 60+ years. 2-3 years cost just £6 and 0-1 years are absolutely free. To book tickets, or for more information about the park, visit www.draytonmanor.co.uk or call 0844 472 1950. Reduced prices are available for tickets bought in advance. For regular updates and news about Drayton Manor Park join it on Twitter www.twitter.com/Draytonmanor and Facebook www.facebook.com/DraytonManorPark

* Apocalypse was voted the UK’s scariest ride by Channel Five’s The Gadget Show.

I know I’m not alone in suffering from plantar fasciitis from time to time. Plantar fasciitis is a painful foot problem and over the years I’ve tried a few things to resolve it with mixed results.  So I was intrigued by these foot slings and wondered if they really worked.  I haven’t had a bad attack for a while, but I know that walking more than usual on city streets tends to set it off and the day these arrived, I had done just that.  So I tried wearing them later in the day (after the walking) and I did wonder whether I was asking too much as I’d already had a few twinges, which I thought spelt trouble.  The next day I was fine though and I’ve found the same since.  I haven’t worn them all day, every day, as I found my feet ached slightly if I wore them a long time (I may still be getting used to them), but I do find that there is some truth in the claim of them helping warm up cold feet, as I’ve had to remove them because my feet have been too hot too.  I will be making sure I wear them if I am expecting to be standing around outside in the cold for ages (like at the school disco as H never actually stays inside and dances).

Monarch kindly sent me some ingredients to make sangria as part of their #MonarchFiesta event.  We very much enjoyed our own homemade sangria and it was easy to make: red wine and orange juice in quantities to suit your taste and add a dash of martini, banana syrup, sugar syrup, citrus slices, then top up with lemonade.  Cheers! 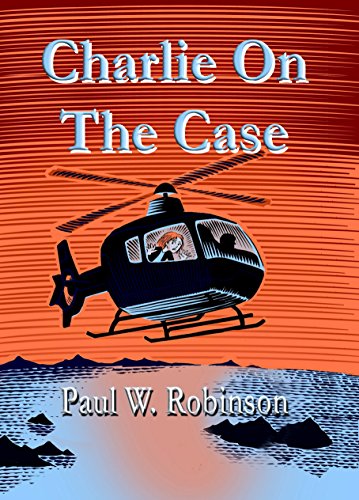 I got sent Charlie on the Case and planned to get H to review it. In the end though I started reading it myself and I think some of the themes are a bit too adult for H yet (there are bits in the story line relating a character who finds out that the girl who he thought was his daughter can’t be – call me a coward, but I didn’t fancy going into that sort of explanation at the moment). So I would say this is for slightly older children, maybe early teenage. Charlie is a deaf school child and she tries, with her friends, to track down a kidnapper and murderer.  It’s an exciting, fast paced book and I like the way it incorporates Charlie’s deafness and there are other characters with issues too like autism and cerebral palsy.

I’ve also been reading Sats Stress, a book aimed at parents dealing with the stress children can experience through the SATs process.  H is in Year 5, so this stage is catching up on us fast, so I was interested to see what strategies I could use to help him next year.  Some of the advice in the book is fairly straightforward and there are sections on getting enough exercise; having a break; and eating well.  There are other sections that offer something a little bit different like following Mindfulness principles.  I’m sure a lot of this advice is out there on the internet, but it is useful to have it collected together in one place.

If you are planning a little sun for October half term, or going a little further afield for some winter sun later in the year, you might want to think about sun protection.  With kids it can be difficult to get them dry and still for long enough to reapply sun screen and sand often sticks to their skin.  Garnier Ambre Solaire Easy Peasy Kids range have come up with some solutions to these common problems: Wet Skin Lotion and Anti-Sand Spray.

Garnier Ambre Solaire’s first Anti-Sand product has a special sand-repelling agent which allows sunscreen to be absorbed without sand sticking to the skin. The Spray has a light mist, with easy 360 degree application, protecting your kids from harmful UVs without a heavy or itchy sand sensation. Offering SPF 50+, it’s never been so easy (peasy) to keep your family safe. With the Wet Skin Lotion there’s no longer the need to towel dry your children before reapplying – perfect for when kids are in and out of the water all day. The formula, designed specifically for wet skin, contains two hydrophilic gelling agents that render it water-resistant, giving your little ones long-lasting SPF 50 for those hot summer days.