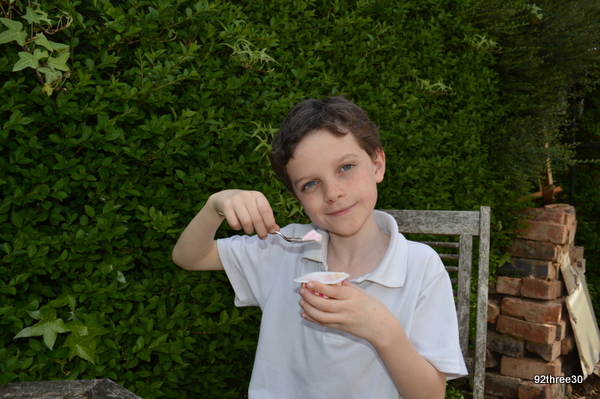 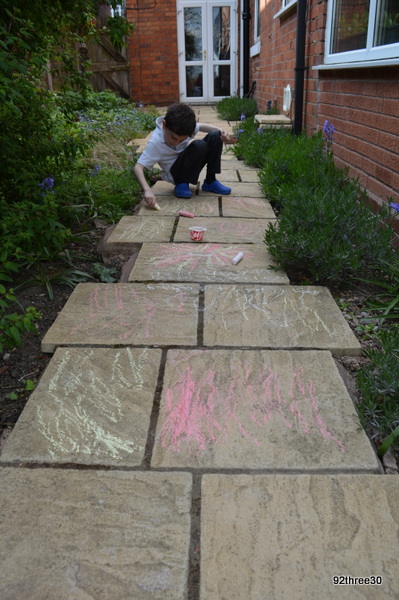 We took our play inspiration from the quadrant colours of Magic Squares and the rather funky packaging to act as inspiration for some mixing up the magic fun.  H used coloured chalks to create his very own hopscotch course.  In pride of place in the middle is his interpretation of the carton design.

H used the empty pot as his marker stone and did some hopscotch.  Sadly the patio wasn’t designed with hopscotch in mind so it’s not quite a traditional layout.

H decided the cats should join in the fun and he set to work decorating around our cat flap using the Magic Squares colours.  I don’t know whether he thinks the cats can read (they are clever, but not that clever), but they were treated to H’s thoughts on how yummy he thought Magic Squares were. 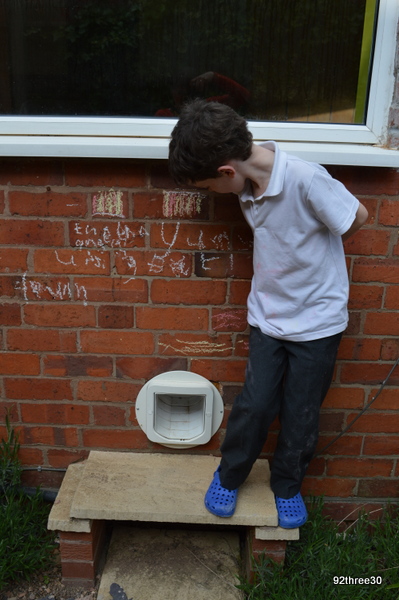 Sadly the cats didn’t come out of the cat flap to inspect H’s handiwork and he was so keen to show it off to them.  You know that old saying is true: a watched cat flap never flaps open.

This post is an entry for BritMums #MagicSquaresPlaydates Linky Challenge, sponsored by Petits Filous.