It’s nearly the end of February and it’s time to share some of the products that we’ve been trying out over the last month or so. 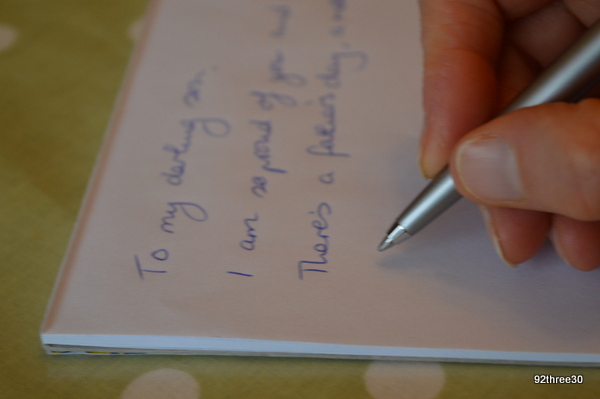 The aim of this year’s National Stationery Week is get Britain writing. Behind it all is a focus on the importance of handwriting. I enjoy handwriting now much more than I did at school.  It’s partly because I am a lot happier with my writing as I’ve got better at it over the years.  It’s also because now I see it as something important.  Writing something by hand shows I’ve taken some time and made some effort.  Writing a card or a letter is about making the person receiving it feel special, appreciated, loved.  We were sent a Sheaffer pen to write with and I’ve snaffled it away from H as I love the way in feels in my hand.  It’s the sort of pen to use to write something special. 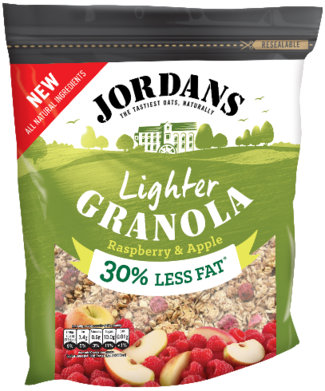 Until fairly recently I’d been scoffing a big bowl of cereal as my breakfast.  I didn’t weigh it, I just poured it in until it looked fullish.  When I started to try to lose some weight, I measured my regular amount and was shocked at the calorie content even with skimmed milk.  This lighter granola from Jordans is just the thing for me as it contains 30% less fat, but is still very tasty.  I love the fact that there’s a generous amount of fruit in this one.  It’s already available in store at Waitrose and Tesco, plus it’s on the shelves at Sainsburys from 5 March.

We’d previously reviewed a set from the Dino Supersaurus series and really enjoyed it.  H loved this book because if it is in comic book style and he’s a graphic fiction fan (he loves Tintin, Asterix, Pokemon, The Dandy and The Beano too).  T-Rex Terror is the latest addition to the Dino Supersaurus range of books from Parragon Publishing. The humorous comic strips are written by Timothy Knapman with fantastic illustrations by Tim Wesson. This book was instantly devoured by H – he loved it. 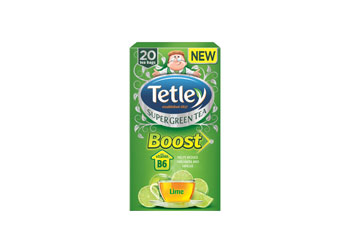 We got into green tea some years ago.  To begin with we took it very weak and only showed the teabag to the hot water, but as time as gone on, I’ve been able to drink it stronger.  Green tea is known for its health benefits anyway, but now Tetley have gone one step further and added vitamins.  We tried the lime flavour tea out which has added vitamin B6.  Vitamin B6 helps reduce tiredness and fatigue as well as helping release energy from food.  Taste wise this is a pleasant green tea.  The lime flavour is very subtle and it doesn’t overpower the tea.  I like to ring the changes a little with my green tea flavours, so it’s nice to have a new one to add to the mix. 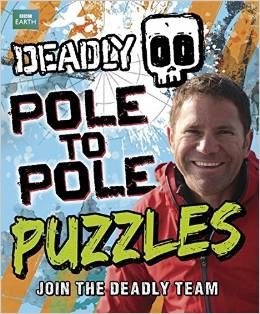 Deadly Pole to Puzzles  is Steve Backshall’s latest interactive activity book. You can follow his first-hand account of his 14-month voyage from the Arctic to the Antarctic via Alaska, California, Hawaii, Mexico and Brazil and many more amazing locations.  As you travel round the world in this book, there are lots of puzzles to do.  We liked that they aren’t all the same: there are wordsearches, crosswords, criss-crosses, mazes and more.