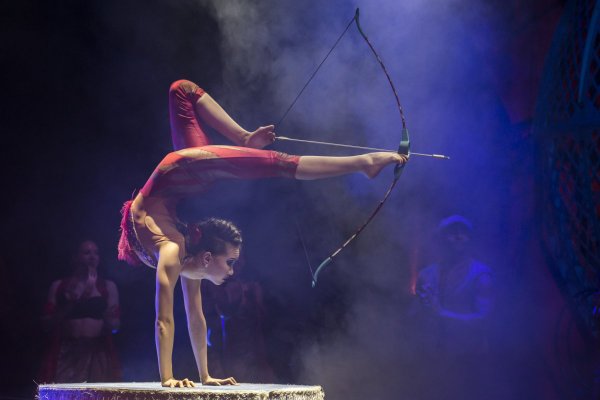 We like to plan a day out or a treat for half term and this time we were invited along to see CIRQUE BERSERK! They have opened their new 2020 tour in Birmingham with dates over the half term holiday as the start of their UK tour.
Presented by Zippos, Cirque Berserk! Britain is an theatre-circus spectacular. It aims to combine beautiful contemporary circus artistry with hair-raising, death-defying stunts, all designed specially for staging in a theatre.  I had wondered how well the circus would translate to the theatre, but it was a seamless transition.  In fact, all the better to see the show at somewhere like the Rep, as it has excellent sight lights from all seats (better than you’d get in the Big Top).  The stage fire curtain did get in the way of the acrobats performing high up slightly, but they seemed to realise this and most of their moves were performed at a slightly lower height.
There’s a real mix of acts and as one leaves the stage another group of performers enters it.  There’s no ringmaster.  I loved watching the acrobats, aerialists and dancers.  Some of the skills on display were exceptional.  I was amazed by Elberel who emerged from inside a bottle (think ship in a bottle) and juggled with here feet before shooting an arrow whilst stood on her hands and using her feet. Really spectacular! 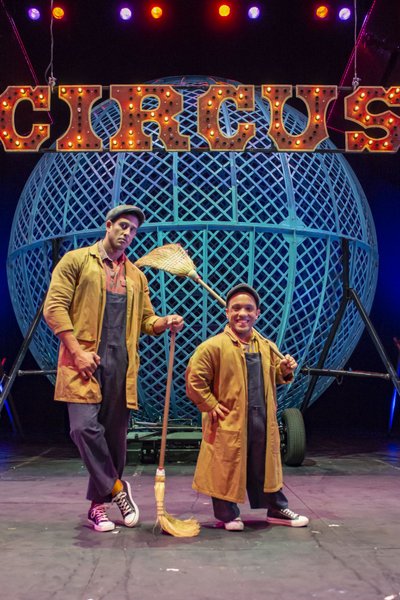 Another of our favourite performers was physical-comedy star (and Brazilian ‘capoeira’ champion) 3ft 6in (107cm) Paulo Dos Santos.  There was lots of good old-fashioned slapstick humour, but not content with being a very funny man, he’s very acrobatic too. He provided some light relief in between the more daredevil acts. 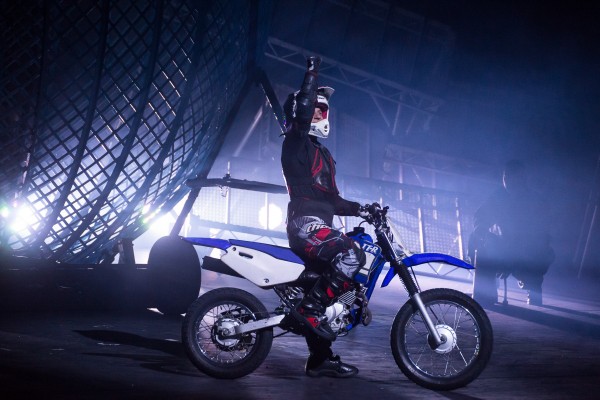 If you love watching the dangerous Globe of Death, then you will be amazed by how many motorcyclists they manage to get riding round the inside of a spherical steel cage at speeds of up to 60 miles per hour (even the teenagers in our party were impressed).
The 2020 tour follows a sell-out run at Edinburgh Fringe Festival 2019.  The production will play at Birmingham Rep from Tuesday 18 February to Sunday 23 February 2020. We had a good night out and would recommend this show which is suitable for all the family.
If you’d like a video preview take a look at their trailer: http://www.cirqueberserk.co.uk/#master-header
Disclosure: We were provided with tickets for the purposes of this review.