Traveling by train has been part of H’s life since quite early on.  I’m not sure when his first train journey was, but when he was a year old, my sister moved to Perthshire in Scotland. Luckily her village had a train station and so began the first of many trips up to visit her.  In those days it was quite an expedition for us and entertainment was key.  It isn’t so long ago in years, but we didn’t have a tablet then, so I had to take things to do.  We evolved a train bag full of colouring sheets, stickers, crayons and small toys, plus some books.  As we travelled along we’d rotate through the stock of supplies and hope that he wouldn’t get bored.  Sometimes it was touch and go. 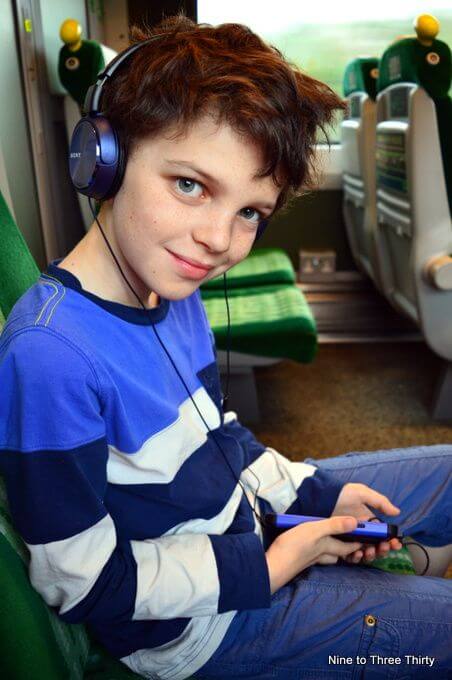 In more recent years it’s got easier, but there were still issues.  There’s a limit to have much watching material a tablet can store and at the rate that H gets through books, it’s difficult to carry enough without weighing you down (he’s not keen on a kindle).  So when London Midland offered us the chance to try a day out on their rail network, we jumped at the chance.   We put their newish (launched in April) on-board entertainment scheme, Motion, to the test on the journey from Birmingham to Liverpool.  It’s about a one and a half hour trip, so it’s long enough for a 10-year-old to get bored if there isn’t sufficient entertainment. 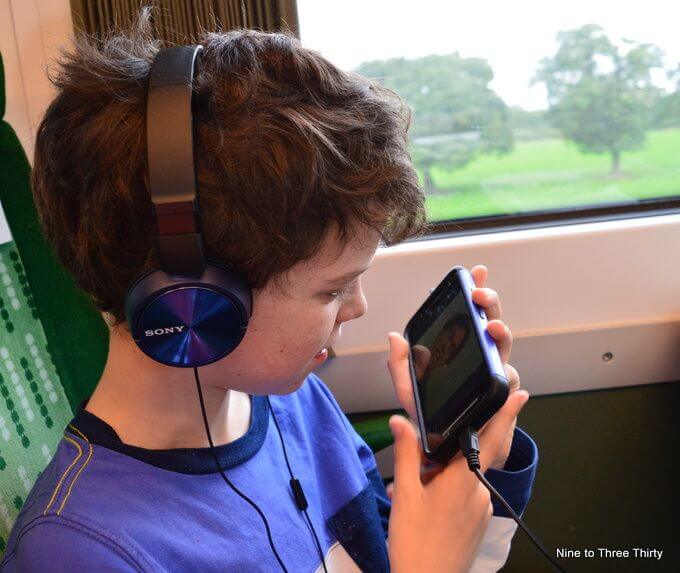 Motion is a free service accessible via London Midland’s free on-board Wi-Fi. H packed his phone as his entertainment device as it has a reasonably big screen and it’s smaller/lighter than a tablet. The variety of content on Motion is brilliant with Hollywood Movies (such as The Kings Speech and The Girl on the Train), Kids Entertainment includes Ben 10 and Peppa Pig, for grown-ups there’s Now TV with entertainment, drama and comedy to watch, books, magazines (such as Horrible Histories, Olive, Top Gear, Cosmo and Hello), news and a range of games to choose from, there really is something for everyone.

It’s really quick and easy to get set up with Motion once you’re on the train, you just have to find the London Midland free Wi-Fi network on your tablet or phone and join the network. Once joined, you need to log on to www.londonmidlandwifi.com and register your email address and you’ll get access to the on-board entertainment service (the instructions were on the back of the seat). I liked that joining the network was very easy and didn’t require a password and whilst you use your email to register, you don’t need to do any more (no clicking of links from emails, etc.). You’re quickly able to sit back, relax and enjoy the train ride whilst enjoying some brilliant entertainment. H settled down to watch some Ben 10 and before we knew it we were in Liverpool. 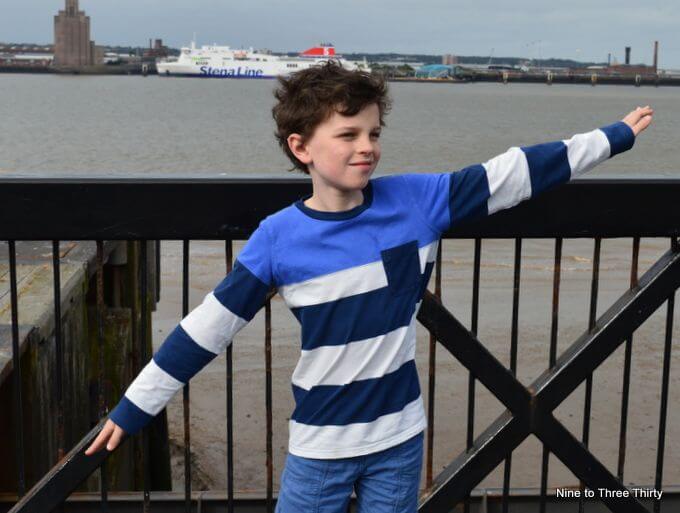 We got off the train in the heart of the city and got to work seeing the sights.  H had asked to visit the Museum of Liverpool, so that was our first spot.  We found it really fun and interesting, learning lots about the history of the city, its docks, its football and its music. It’s a free museum with lots of interactive features and a rather nice café where we stopped for lunch. 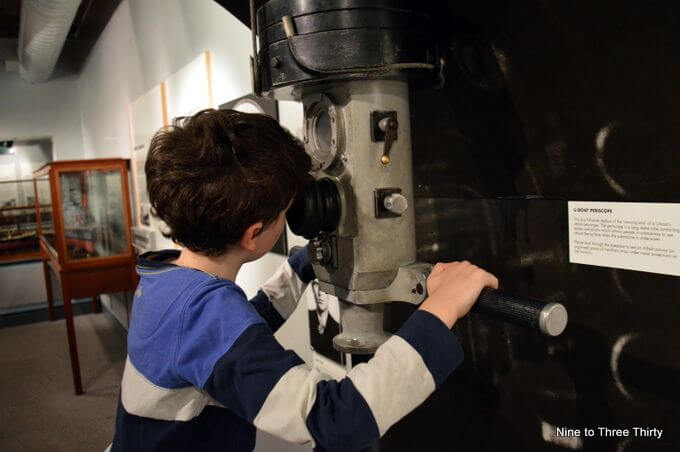 On the spur of the moment we decided to go onto the Merseyside Maritime Museum, another free museum, which was very close by.  This was perfect for H as he was fascinated by the Customs and Excise exhibits which showed what lengths people will go to in the cause of smuggling goods into the country with hollowed out crutches and the like.  Upstairs there was lots about the sinking of the Titanic and the Lusitania which captured H’s imagination. 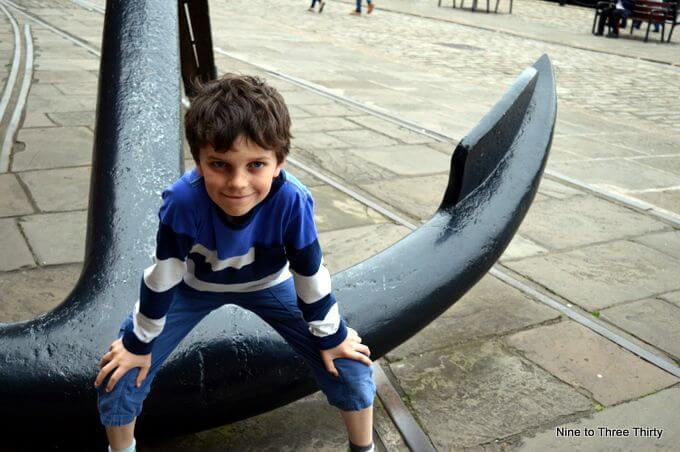 A wander around Liverpool finished the day off before heading back to catch our train at Lime Street station.  The journey back whizzed by as H caught up with some Dexter’s Lab and I read Olive, both via Motion.