At the weekend we were celebrating my nephew’s birthday.  He’d already had his main party and cake, so this was a family cake made by my mum with the traditional womble cake decorations that we always had as kids.  It was so hot that the chocolate wouldn’t set properly.

We went to a vintage fair in our local park at the weekend and had a bit of a wander round the walled garden.  I couldn’t remember what these plants were so I took a picture to remind myself when I got home.  Then I forgot all about it till I wrote this, so I’m hoping you can help me out.

H goes to cubs in a different area to the one we live in (it’s about 3 miles away) and on Saturday he took part in a local community volunteering day.  He was hoping to do litter picking (and he did do that briefly – he found a padlock apparently), but he mostly did gardening, which he was less chuffed about.  On Monday I walked by and took this picture of the gardening handiwork, sadly you couldn’t really tell they had been out litter picking.

On Tuesday we went to the school in the evening for a 50th anniversary celebration.  There were lots of old pictures of the kids and the pupils.  This one was from the local paper and featured one of my oldest friends.  H’s school wasn’t my school, but mine was built about the same time. We lived close by though and I know lots of former pupils of H’s school, so I had fun trying to spot them.  A friend was one of the first pupils and I spoke to her about it.  She’d been in to talk to the current pupils and commented that it made you feel old when ‘you are the oral history project’.  H was mostly interested in the buffet (even though he’d had his tea) and seeing his friends.

In recent weeks the cats have spent a lot more time outside which is nice as they are older now and spend a lot of time inside if the weather isn’t nice.  A fringe benefit has been having to change the cat litter less often. 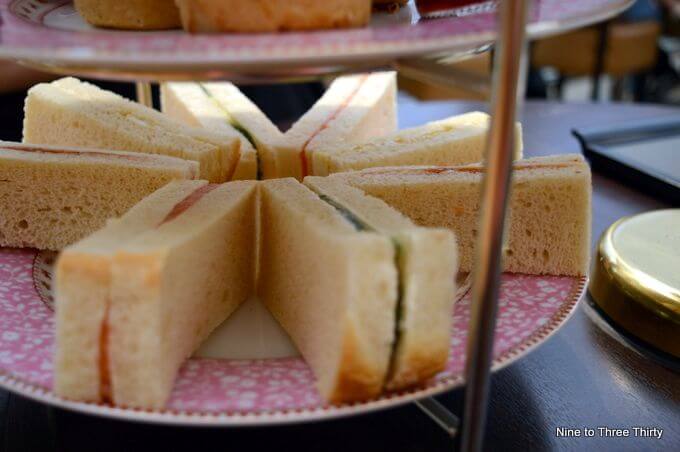 I caught up with a friend for an afternoon tea review this week and we had a great time, ending up in the pub.

This week I was getting some pictures together for a blog post and couldn’t find a recent one of the school run, so I took this so I had one.