H broke up for half term and we had a fairly lazy weekend to recover.  Sunday did involve a trip out to a pub called The Old Crown in Birmingham, near the centre, to try out their Sunday lunch offering. Very nice it was too and we also enjoyed finding out about the history.  It’s a really old building for central Birmingham as it dates back to the 1300s.  Birmingham is a fairly young city and only really got going with the Industrial Revolution. Someone wasn’t so keen on having his picture taken, but he did enjoy his lunch.

On Tuesday H went to a cupcake decorating workshop in Birmingham with one of his uncles.  It was a Christmas present, but it had taken a little while to arrange. H was a bit uncertain about going – I think it might have been seen as a bit girly – but he did have a good time and decorated some lovely cakes. 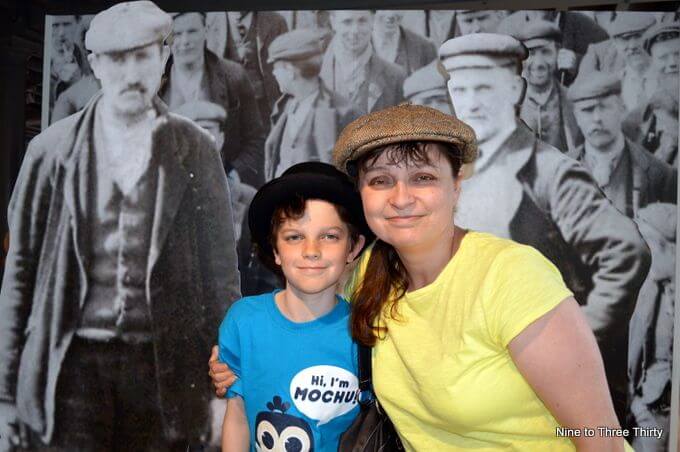 On Thursday we had a day out to Ironbridge and this was taken in the Museum of Iron.  In one of the Ironbridge museums I met someone I hadn’t seen since I was a teenager.  Funny that I should drive an hour away and end up seeing her when she doesn’t live very far away from us in Birmingham.

Over half term we caught up with some of our reviewing in terms of testing stuff out and taking the pictures – still have to write them up etc.  Here is H trying out his Thumb Chucks.  I can’t believe the week is almost over.  This half term always seems to go so fast because of that bank holiday which I always feel gets in the way.  In my childhood I used to get two weeks at Whitsun and we usually went on holiday then – it doesn’t seem right that H has to go back after a week especially when the sun is shining.